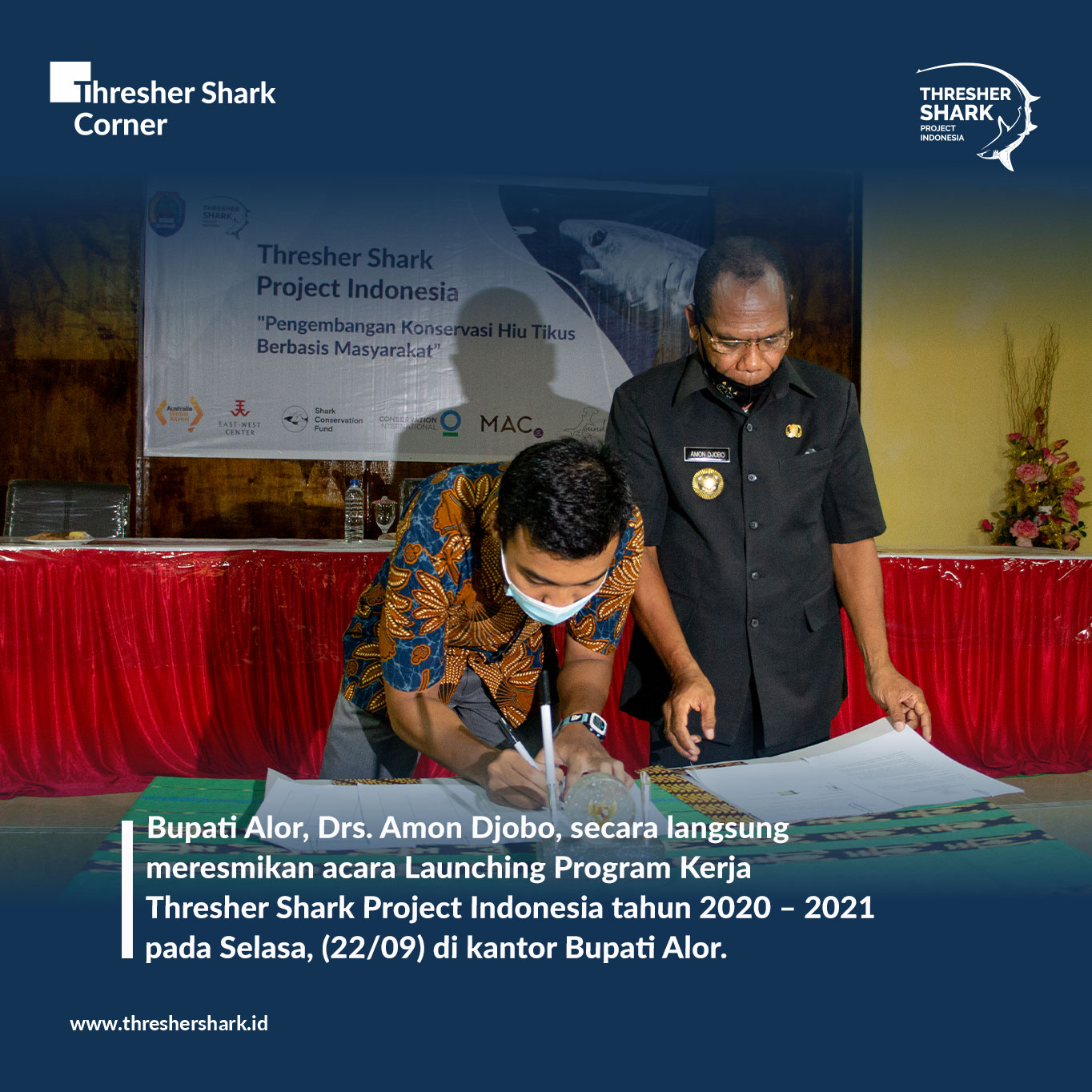 Furthermore, the launch of the program was marked with the signings of the event news and joint commitment by Alor’s Head of Regent, Amon Djobo and all the SKPD representative who attended. After the Head of Regent’s endorsement, the coordinator of Thresher Shark Indonesia, Dewi Ratna, presented the work’s plan for 2020-2021. There are at least four main programs that will be done this year. They are:

The event then ended with a picture together and the signing of the event news.