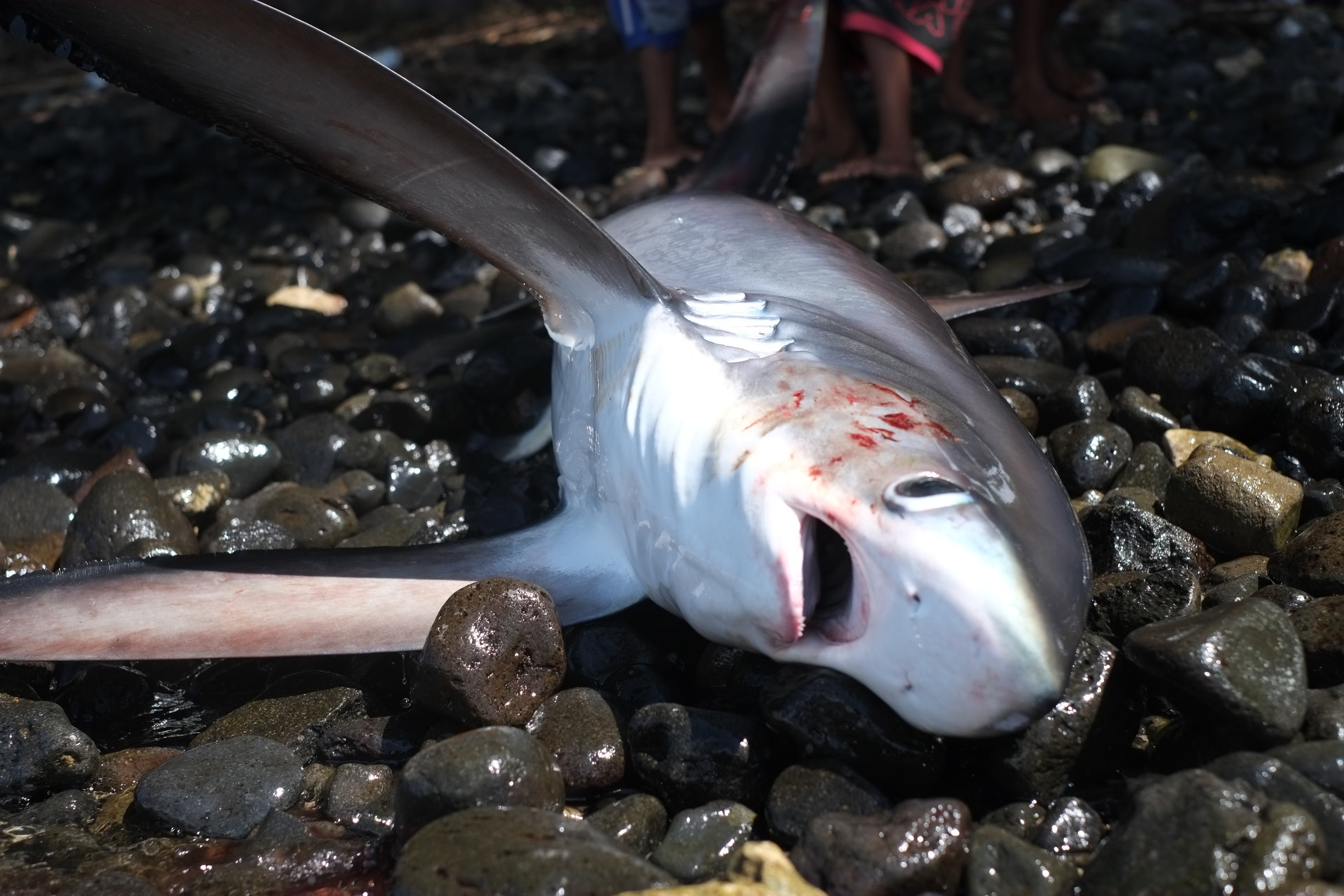 To catch the Thresher sharks when the other fish are out of season, the fisherman would modify their fishing lines / technique and use a combination of wool, silk, and pandas leaves as lures to attract the sharks.  These fishing lines can be set down to 250m deep and are attached with big rocks and dried coconut leaves as weights. A group of 5-6 fishing hooks are attached to this drop line and strung together with chicken feathers and colourful strings to lure the Thresher shark in. The Thresher shark uses its unique hunting technique of tail whipping to try ‘stun’ the lure and instead gets entangled / caught by the tail into the fishing line. Most Thresher sharks are caught in the early morning around 4-8am. Catch rates are highest during the months of March – April, in which 4-5 individuals can be landed daily.

One the sharks have been brought back to shore by the fisherman, they are then processed and sold by the fisherman’s wife to the local market in Kalabahi for local consumption and subsistence protein sources. The shark fins are sold to Larantuka and then transported to Makassar or Surabaya for export.