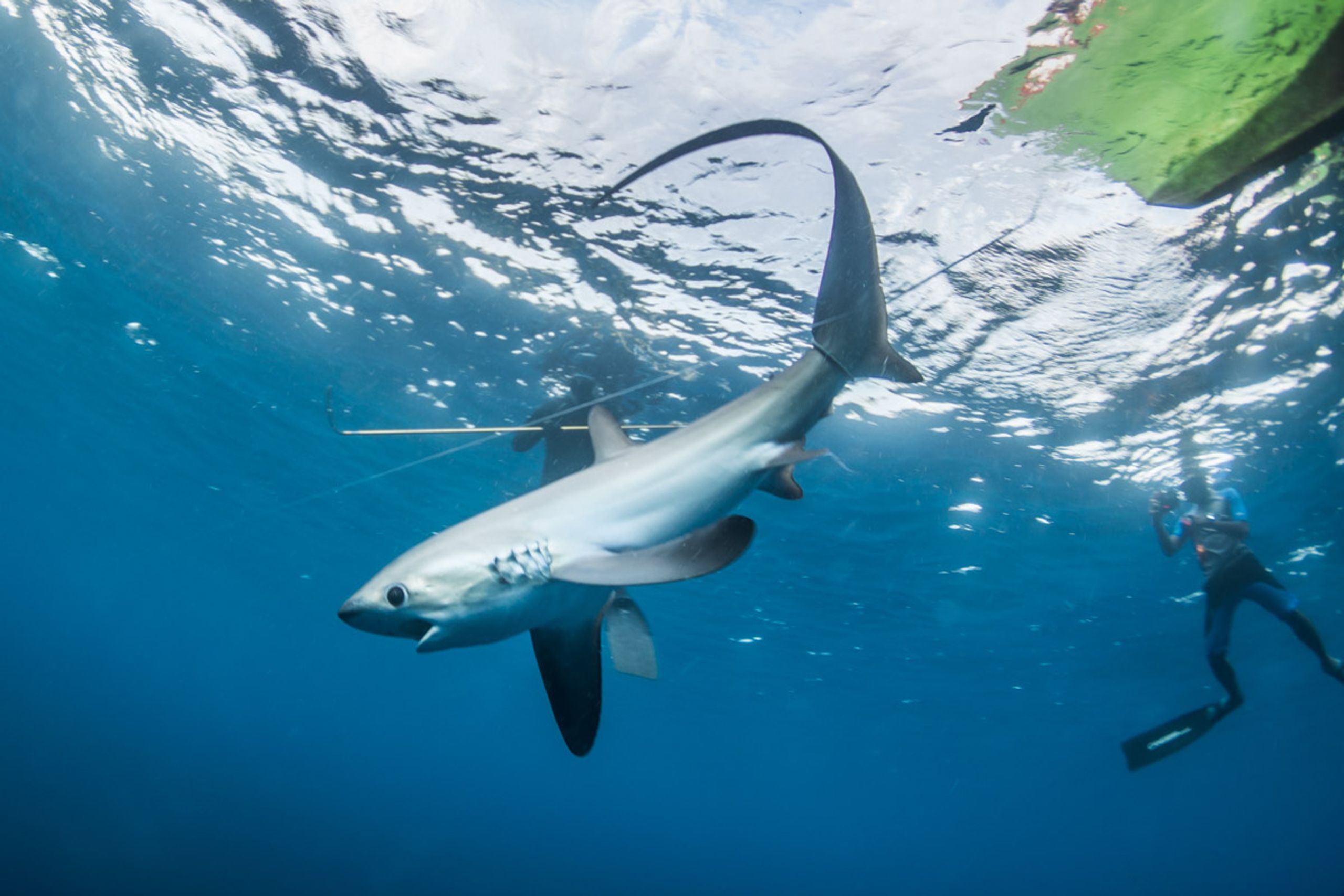 The thresher’s under pressure

“In recent years, their population has declined by 83 per cent worldwide, however specific information – such as their habitat use and population-risk status – is not well understood,” Ms Sari said.

Thresher sharks are listed by the Convention on International Trade in Endangered Species, but Ms Sari said they were still frequently caught and killed across Indonesia, either through targeted fishing or as tuna fishing bycatch.