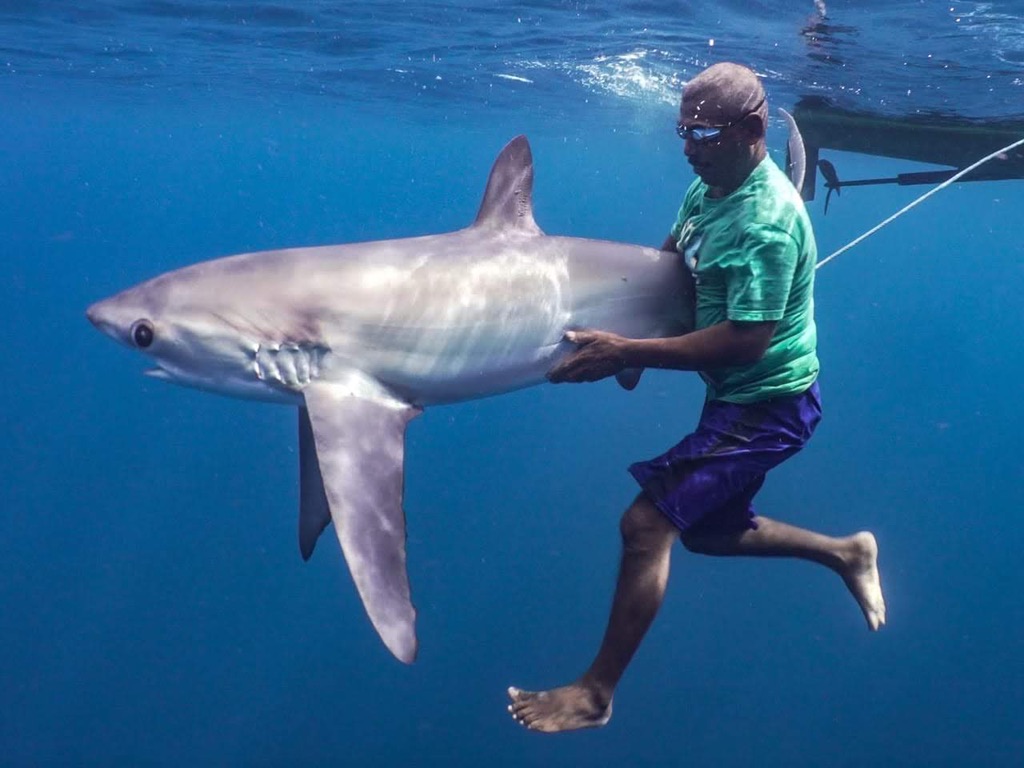 One of our project objectives is to use fisheries surveys, satellite tags, and citizen science to find out the habitat-use and species abundance of Thresher sharks in the main fishing and diving grounds around Alor.

We are the first group tag Thresher sharks in Indonesian waters. In our first year of operation, we used MiniPAT satellite tag to identify the movement and home range of a Thresher shark individual within the Alor regency.

The shark catching and tagging process was an incredible collaborative effort between us, the team at Thresher Shark Project, the local shark fisherman and a Liveaboard dive company ( Samata Liveaboard ) , along with the help and support of Conservation International. The Thresher shark was caught using traditional methods from the local shark fisherman and once captured was photographed, measured and fitted with a MiniPAT satellite tag. Once tase was inserted correctly, the shark was released unharmed.

The Thresher shark that was captured was a 150cm ( Fork Length ) female. The satellite tag remained on the shark for six months ( 177 days ) and was released prematurely. We were able to receive valuable data about this individual sharks movement during the 6 months the tag was in place.

Initially, the shark moved  approx 300km north towards the Banda Sea and then headed south towards the Savu Sea. We also noticed significant diel vertical migrations amongst this individual. A diel migration is the movement up and down the water column during a day ( from shallow to deep ) . The average depth of our tagged female Thresher shark during the day was 50-75m and then 150-200m during the night. Her maximum dives during the 6 months reached depths of 450 meters !

Based on local knowledge provided by the shark fishermen, we were informed that there is a higher abundance of Thresher sharks in the area during the upwelling season. The upwelling season happens during gate Southeast Monsoon season. There is further studies and research needed to better understand the correlation between the presence of Thresher sharks and the oceanographic conditions of Alor.

We are hoping to be able to tag more Thresher sharks in the future and gain a better and more wholesome understanding of their movements and behaviour with the Alor regency. This information is critical in order to implement effective conservation management plans for this species.